Dozens of sitting Athletic Directors or executive-level administrators who currently are or could soon be a Sun Belt AD were invited to share feedback on each AD job in the league.  The data was used to provide detailed insights about the potential for success at each school. 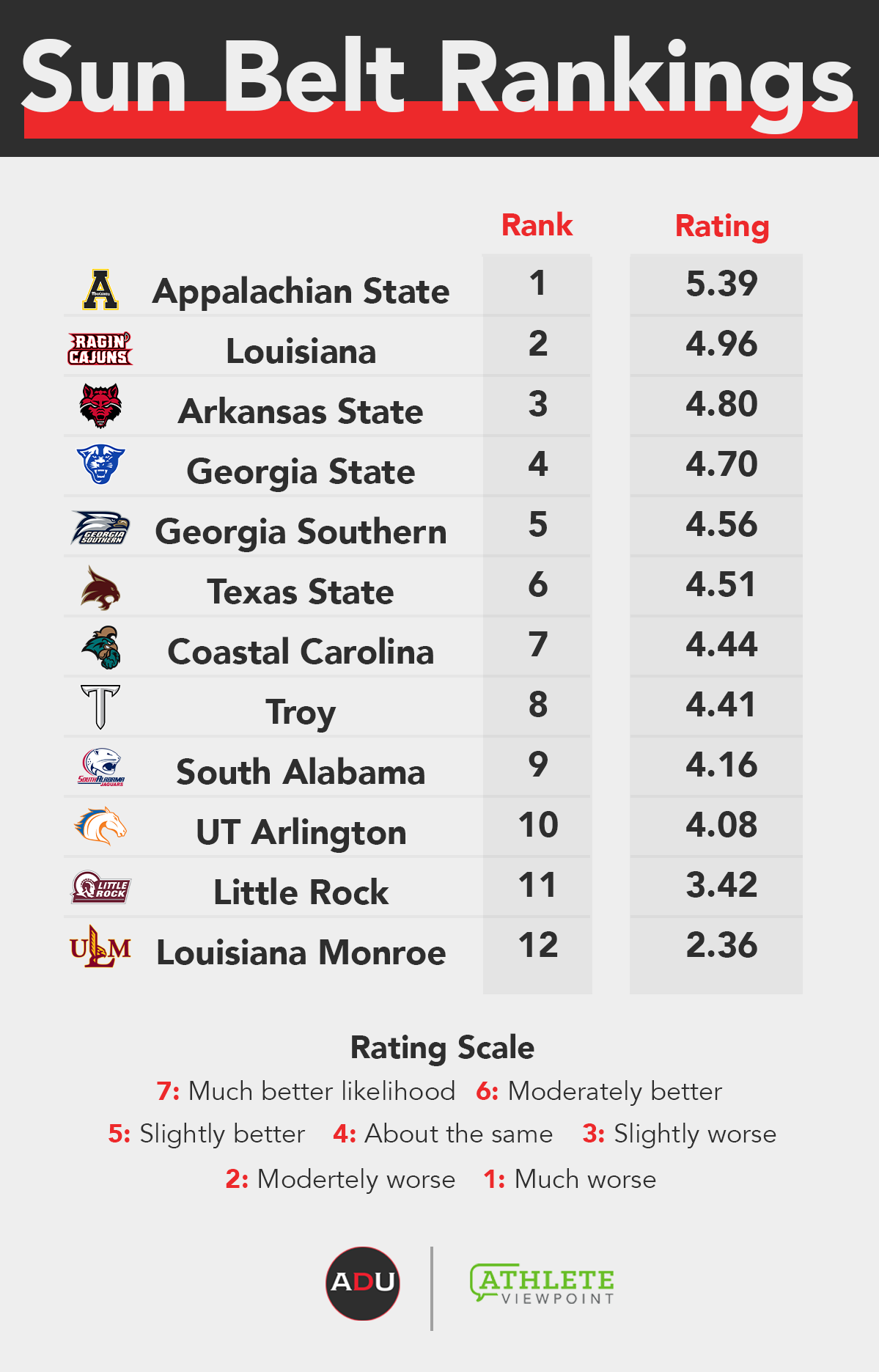 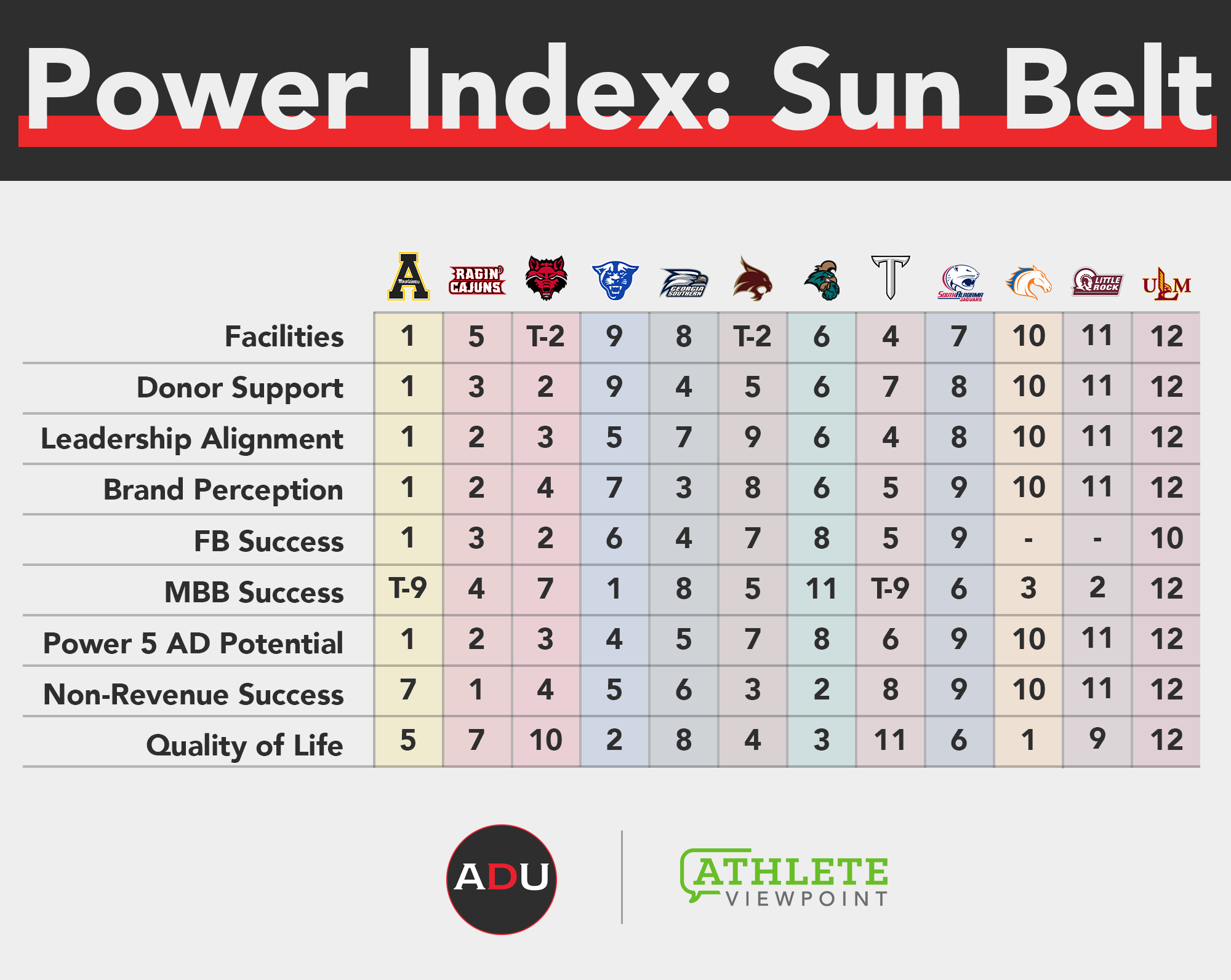 Appalachian State has won or shared the last four conference football titles. Arkansas State, Louisiana & Troy have also regularly been in the top gridiron tier. Georgia Southern’s historical success, albeit mostly at the FCS level, is notable, while the tandem of Georgia State & Texas State are surrounded by deep pools of talented prospective student-athletes. 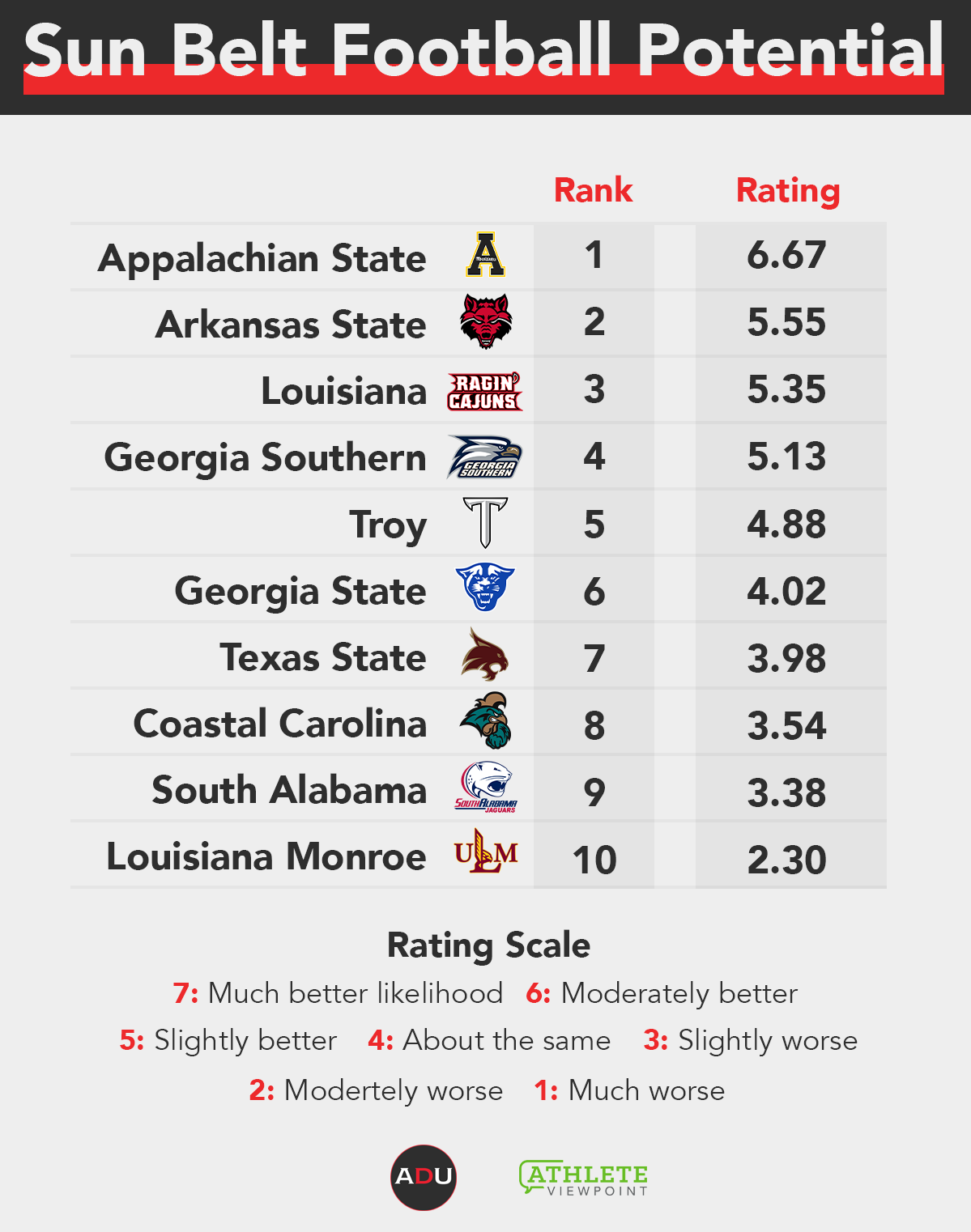 Ability to obtain a ‘Power 5’ AD job from each Sun Belt AD chair (graded on a scale of seven as ‘much better much better likelihood of success than peers’ & one as ‘much worse’): 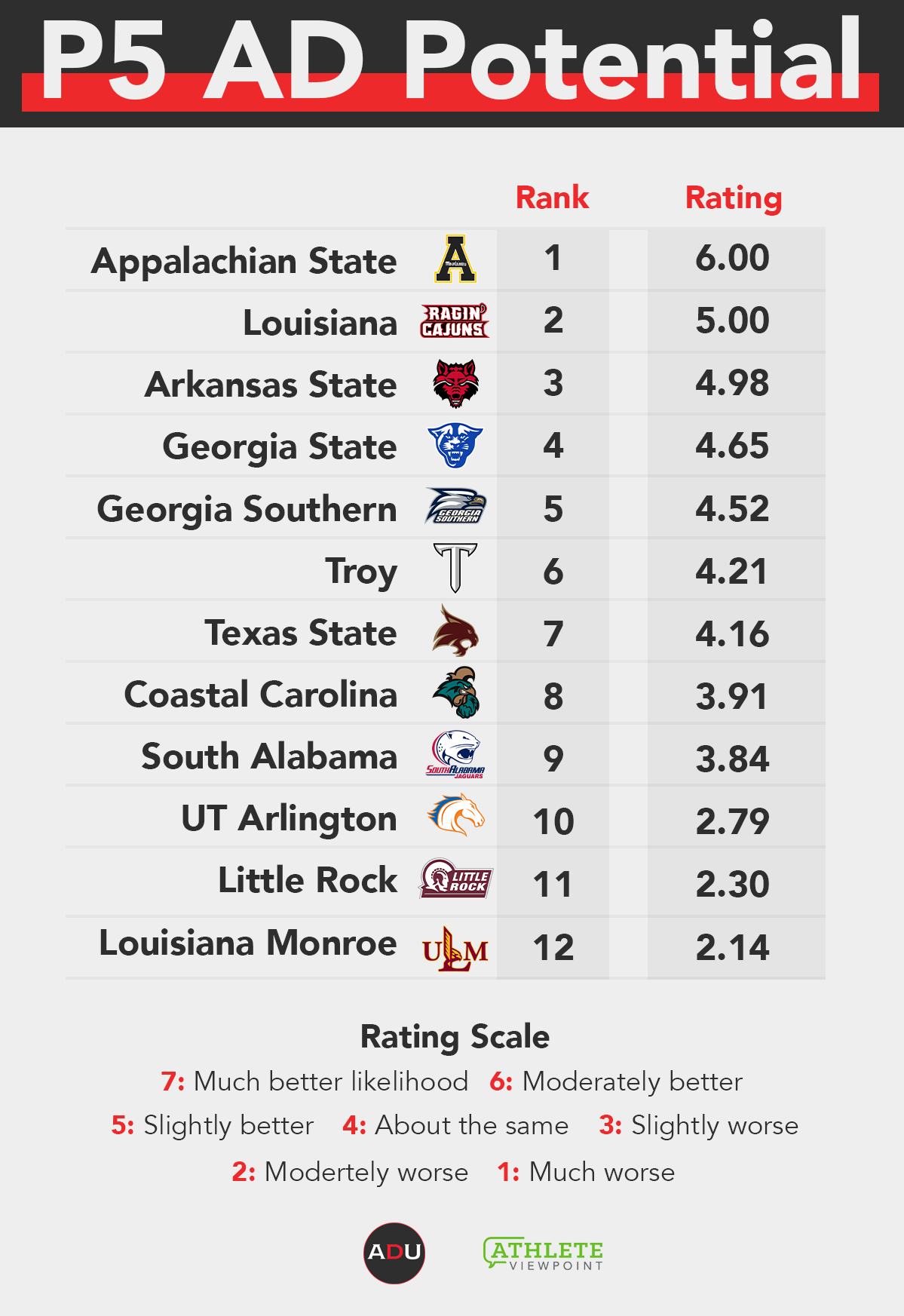 Next up: Horizon League

When the long-awaited Tokyo Olympics finally get underway, American television viewers will be fixated, as they usually are, on the sports which NBC tells us we want to see. As NBC’s day-by-day highlights suggest, it will be heavy, as always, on swimming, track and field, gymnastics, and basketball, events in which Team USA should do

Articles
An Analysis Of College Basketball and Football Coaching Hires

Football and basketball coaching changes are heavily analyzed and scrutinized due to their significant impact on a university’s financial trajectory in athletics. According to USA TODAY, the average salary for FBS head coaches during the 2020-21 season was $2.7 million while 36 men’s basketball head coaches reportedly made at least $2.7 million in total pay

Introduction & Methodology   The following spreadsheet contains a summary of primary economic terms compiled from a review of all forms of compensation for the head baseball coaches at National Collegiate Athletic Association institutions of the Atlantic Coast, Big Ten, Big 12, Pac-12 and Southeastern Conferences (the, “Autonomy 5’). Employment Agreements for public school coaches